I loved it during the ten days I borrowed it from a friend, during which I had the chance to try it thoroughly. And I am not the only one that loved it. All the people that hear it and many professional guitarists agree with that.

Some say it is one of the best choices for a beginner’s guitar.

Do you want to start playing an acoustic guitar but don’t have the time to find out which one to buy? It would help if you started with the Fender DG-8S Solid Spruce Top Dreadnought Acoustic Guitar. It is one of the best acoustic guitars for beginners, and not only some of you, but I’m sure you will love it. This is the reason why I choose to review it.

I loved it during the ten days I borrowed it from a friend, during which I had the chance to try it thoroughly. And I am not the only one that loved it. All the people that hear it and many professional guitarists agree with that. Some say it is one of the best choices for a beginner’s guitar. But what makes that guitar unique?

First of all, the company that originated this guitar consists of a guarantee. Fender Musical Instruments Corporation (FMIC), previously named the Fender Electric Instrument Manufacturing Company or just referred to as Fender, was founded in California by Clarence Leonidas “Leo” Fender in 1946. So it is a company with many years of experience in the field and has learned to listen to the needs of the guitarists and answer back with suitable instruments.

The company also makes acoustic guitars, mandolins, banjos, electric violins, electric basses, and musical equipment like guitar amplifiers, bass amplifiers, and PA (public address) equipment. The Fender did an excellent job with this instrument. The guitar belongs to the DG series, which means Dreadnought, referring to the body’s design. The name Dreadnought is inspired by a battleship of the early 20th century that had a significant impact in the First World War by the side of the United Kingdom.

This is ready for the music battle – the product has been available since 2003 with a NATO top wood, but Fender decided to remake it and release it in 2013, and here we are. One of the changes of the past model is the laminated NATO top that becomes a Solid Spruce top. This one is made in Mexico, and the previous one was made in China. Also, it has some extra features, including a gig bag, a tuner, and much more.

The design is well made for a beginner’s guitar, as you can expect from a well-known company. It has a beautiful top wood which is light enough to be played standing up. The tuners are of good quality.

Moreover, the guitar’s body is based on aesthetics and human anatomy, with an excellent sound result to be added to the perfection.

The space between the strings is good enough if you want to use your fingers and not a pick. The dual-action truss rod is a plus to this guitar. This shows the company’s high quality, even in the cheapest models.

The quality of the bridge and the nut from Graphtech are some of the high standards the company has placed, which makes this guitar different from other brands in the same price range.

Furthermore, the additional gifts that accompany the guitar are worth naming. It comes with a well-made gig bag to protect the guitar, and you can take it everywhere you go. A tuner to keep always in tune (but I don’t believe you will need it, it stays in tune long enough), strings, picks, a strap to hold it closer to you and safer, and an instructional DVD with some lessons for beginners. In some cases, it comes with a lifetime warranty. What else could you possibly need?

Fender DG-8S: What I Love This Guitar?

And What I Dislike When Taking The Fender DG-8S Review?

Unfortunately, after the pros come to the cons. You will need a much more expensive acoustic guitar if you want to make a professional recording. Because you will need exotic and rare woods for better sound and the best craftsmanship for the guitar to be built or even handcrafted. So these two things, which the guitar under question misses, would have made it more professional but expensive.

So for a beginner and intermediate user is still one of the best choices. Another disadvantage is that the gifts that come with the guitar are of poor quality, but this does not influence the quality of the guitar. Lastly, the guitar could have been cheaper if the gifts weren’t given to it.

Overall is a well-made instrument with high quality and a beautiful tone. Some of you might say it is a value for money. I believe it is. It could cost twice that much if the company has decided so, but it would still be one of the best guitars in this price range. While Fender DG-8S is about ten times cheaper than premium guitars, this one gives you much more value for money.

If you are taking your first steps in learning guitar but aren’t sure if you will continue playing, then this is a good investment that can give you a good idea of guitar playing and your future with that activity. You will be delighted with this guitar. Fender DG-8S is so good that it will get old enough after probably a decade of playing, while other instruments get old after one or two years of playing.

So it will not need a quick replacement for another new one if you go on with guitar playing. It is recommended for beginners and intermediate users that want an all-around instrument to start practicing or taking lessons. Last but not least, it is made by one of the most significant guitar companies. 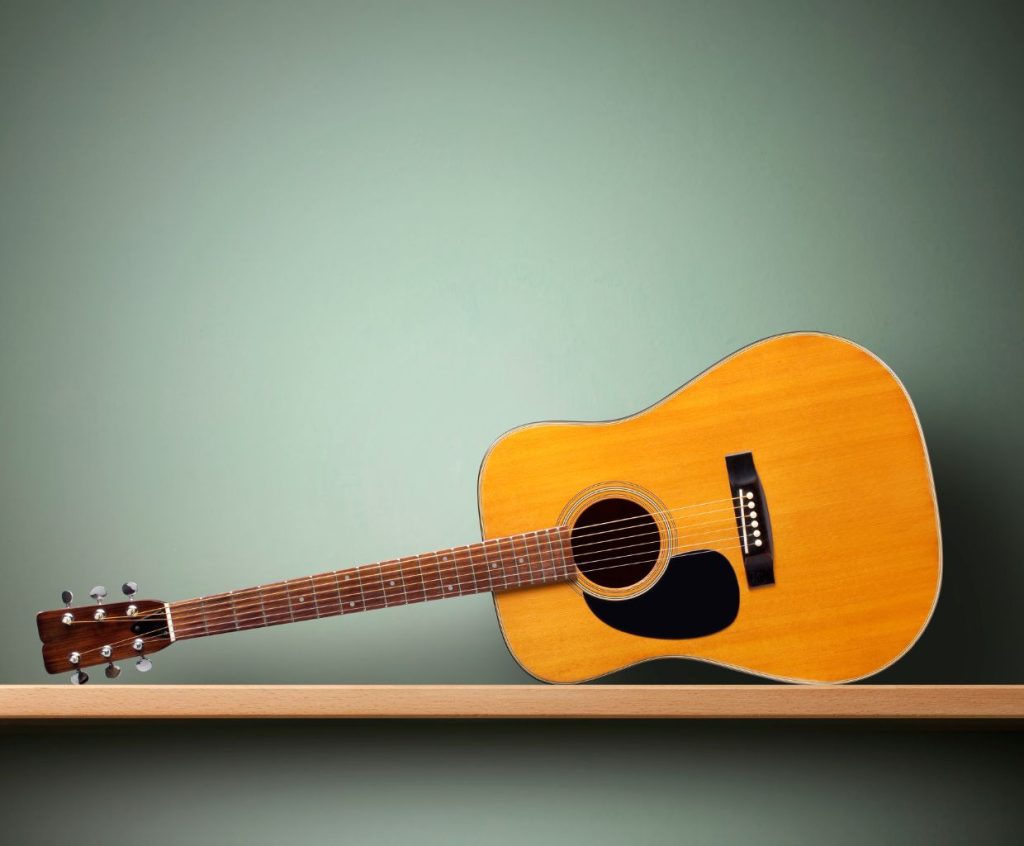 Jasmine S35 Acoustic Guitar Review Everybody knows it’s wise to give a cheap and affordable guitar to a beginner. The Jasmine S35 acoustic guitar is… 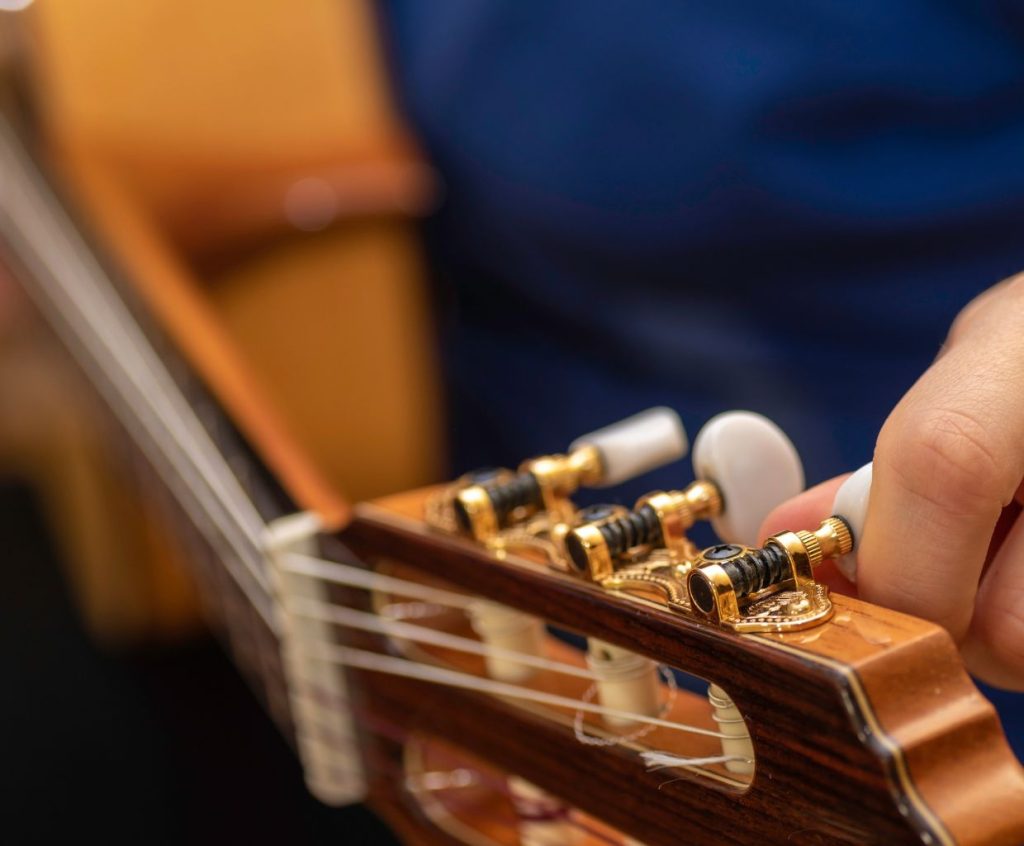 Epiphone EJ-200SCE Solid Top Cutaway Acoustic-Electric Guitar Ultimate Review This Epiphone EJ-200CE guitar is an excellent buy for your money, and this is because it…