Intonation is the process of adjusting the tension of the strings on your guitar so that they are in tune with each other. This means that when you play an open string, it should sound as if it’s in tune with itself.

To set the intonation on your guitar, you’ll need to turn one or more of the saddles (the metal piece that holds the string in place on the bridge) until all strings sound together. You may find that turning one saddle will cause one string to be sharp while another is flat, so you may need to adjust more than one saddle.

The most common way to do this is turning each saddle clockwise until all strings are in tune. You can also move them counterclockwise if you need to raise or lower certain strings. To do this, check your tuning and then use a flathead screwdriver to loosen the saddle. The goal is to move it just far enough so that you can slide it back and forth on its post (the protrusion of metal on which the saddle is mounted). Then retune your guitar and check again for intonation. If you’re still unsatisfied with the sound, repeat this process until it sounds right.

How To Set Guitar Intonation

The guitar intonation must be as precise as possible. For that, the vibrant length of the string must be proportional to the scale length, the action, and the string caliber. Without a proper intonation, it’s impossible to reach precise and tuned notes along the fretboard. It’s important to check or change the strings and the nut, neck curve, and guitar dynamic height. Also, the frets must be in good shape. Most electric guitars allow you to intone each string individually.

You can turn your guitar intonation in a few different ways, so let’s look at them!

After tuning, you can compare the note you got while pressing the 12th fret. If it’s lower, you should make the string length shorter. If it’s higher, you should do the opposite. The adjustment must continue till both notes are the same.

An electronic tuner would be very helpful. If the note is lower, the tuner needle should be before “0”; if it’s higher, it would be after the “0”. Using your hearing, it’s better to use the harmonic on the 12th fret instead of the natural string note. Most acoustic guitars have an immovable bridge, so the intonation adjustments should be in the hands of a professional.

Which way do I move my saddle for Setting Guitar Intonation? 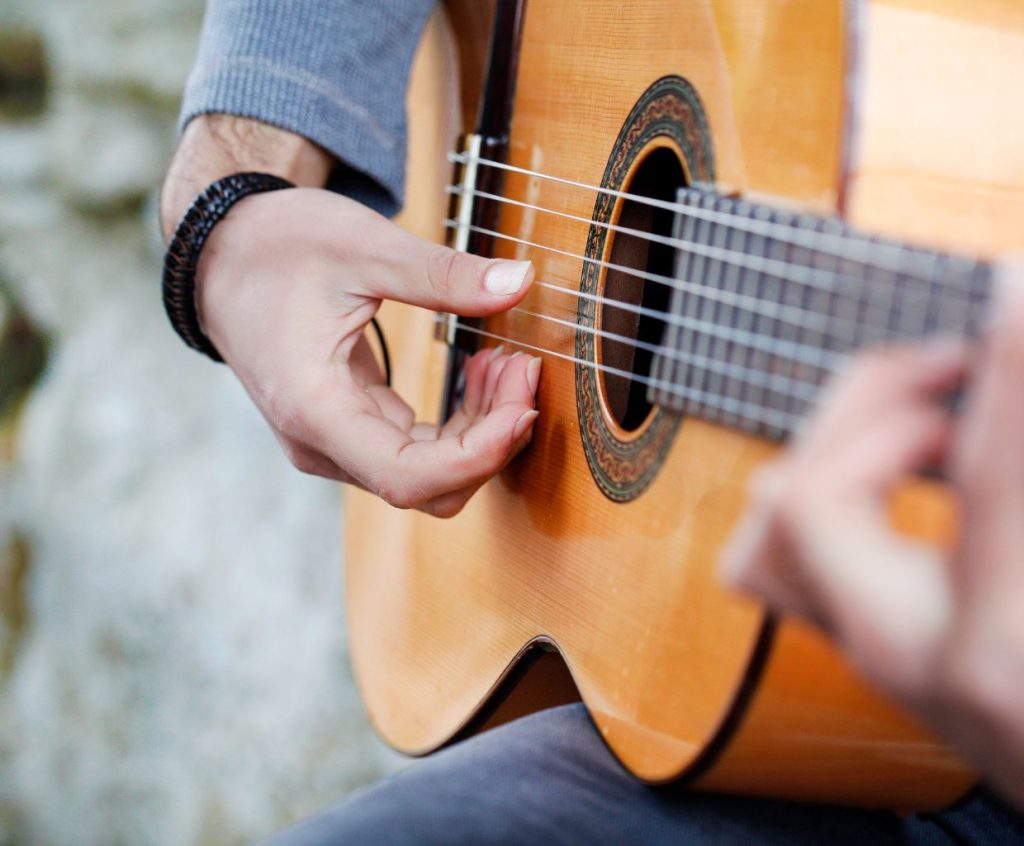