The Ed Sheeran –X signature has good tonal assets inside of it. It will be great to use his for a concert or if you play while sitting on the couch. I am impressed with this product because it is worth the money and deserves a personal rating of 5/5.

I will recommend it to anyone, no matter your mastery of the guitar.

Ed Sheeran has also pledged to donate the royalties from the X signature edition to charity, and such benevolence is rare considering how other acts value those royalties.

If you don’t know, Ed Sheeran is a British songwriter and musician with multiple platinum-selling albums. Ed Sheeran’s first album, released in 2011, had certified six-time platinum despite the deteriorating album sales this decade.

His vocals and sounds have sourced him admirers all over the globe, resulting in several achievements. Ed Sheeran won the Brits Awards for the best male solo artist and the British break-through act; his single “Team A” from his first album earned him the Ivor Novello Awards for best musically and lyrically.

Ed Sheeran’s second studio album, X (read as multiple), won the Brit album of the year, and Ivor Novello songwriter of the year, While the single “Thinking out loud” earned him two Grammy awards in 2016.

Ed Sheeran’s love for the Martins has been unending since he discovered that the Martin brand was a perfect fit for his vocals. The Martins Guitars have been instrumental in Ed Sheeran’s rise to the “musical heavens.”

That is why you might keep seeing him team up with the Martins over again for his signature guitars.

The Martin has been known for manufacturing top-class guitars for over a century. The Martin is highly regarded for its steel-string guitars, electric guitars, and electric basses, which have done extremely well commercially.

The Martins have worked so hard to sustain their high standards for several years, and their level of consistency in delivering quality tone is second to none. In taking their brand to impressive levels, the Martins collaborated with several recognized artists to customize their favorite guitars.

The Ed Sheeran’s –X- the signature guitar, can be used by many players, especially those with small hands, because of its size. It will pass for a beginner guitar because of the stretches, which are easy to pull off.

Experienced players may also enjoy playing this guitar because of its portability. While this guitar will easily win Ed Sheeran’s fans’ hearts, it will also win the hearts of others outside his fan base.

As expected from Martin, The Martin Ed Sheeran X Signature guitar features premium wood to achieve a warm and dynamic sound that would make you want to fly to the moon.

The top of the Ed Sheeran X signature guitar is made of solid Spruce (a high-quality wood primarily used in the soundboards of most musical instruments compared to the Sapele top previously utilized by the original Martin Ed Sheeran Guitar “+” model) with inlaid Koa “X.”

The X-signature guitar top braces are crowned cross brace, and the bracing pattern is a modified X series “X.” Due to its stiffness-to-weight ratio, spruce is one of the best woods to make quality instruments. When I first heard that wood improves with age, I was shocked. The reality is that Spruce grows with age; the more it is being played, the better it sounds.

The back and sides of the Ed Sheeran’s- X- signature guitar are made of Koa (an environmentally friendly wood that is not just beautiful but produces some unusual sounds) with a high-pressure laminate (HPL) texture finish.

The Ed-Sheeran’s –X- signature has excellent construction, I have to say, with a Mortise/Tenon Neck Joint. The wood used is a Birch Laminate- Brown, and the neck seems to be a modified flat oval. Also, Black Corian is the nut material for the X-signature guitar, with a nut width of 1.69” (43mm).

Like the LX1E, the fingerboard and bridge are made of Richlite – an alternative to Rosewood. Richlite is the choice of material because of its incredible strength making the neck feel sturdy. The bridge string spacing is 2 1/8,” and the X-signature opted for the belly style for the deck.

The Ed-Sheeran’s –X- signature features a 23-inch scale length with a hand-rubbed aging toner finish at the top.

The fingerboard is a 20-fret fingerboard with the number of frets cleared being 14. The Headstock of the Ed-Sheeran’s –X- signature guitar features a Solid/LX Taper, and also the Headplate is composed of a black high-pressure laminate textured finish with a green CFM logo and “X” sign. The Saddle is compensated with a 16-inch radius and a black Tusq.

The Ed Sheeran’s –X- signature sound pretty great, bright, and responsive, I have to say, thanks to the solid spruce top. Although, it may lack a few projection and bass responses as you’ll get from a giant dreadnought guitar.

It produces a loud sound on testing, which is surprising considering it’s a ¾ size. It responds well to every right-hand technique I throw at it, making it perfect for players who lightly fingerpick or bash away. I prefer this sound in its categories, like the Martin Backpacker and the LX1E.

With the Preamp plugged in, I was amazed by the sound my ears were hearing. It was a delight. The Fishman Isys preamp gives you the power to change the tone to your liking; that was what I did.

The Fishman Isys preamp’s significant components are the tuner, the volume control, and the contour & phase switches. The contour and phase switches make a lot of difference in the sound production of the Ed Sheeran –X- signature guitar.

The contour switch acts as an equalizer when pressed, as it helps in boosting the treble and bass frequencies, giving it a big and full sound. The Phase switch helps in the bass production by producing more bass when you lower the volume, and it helps suppress the feedback if the volume gets louder.

I enjoyed the sound production better when I pressed both switches down. It is lovely using the acoustic amp in the guitar sound production. There is not much difference, though, as it still sounds like an acoustic, but the only difference is it gives you the option to boost some of the frequencies that feel the sound to your liking.

The Ed Sheeran –X signature guitar does not sound like a small acoustic guitar. It is best used in jamming, practicing, recording sessions, etc.

Top-quality materials were used in the production of the Ed Sheeran –X Signature for durability.

Martin has never been disappointed in the quality, and the Ed Sheeran- X Signature guitar’s hardware is not excluded.

The sound produced by this six-string acoustic is one of the best I have heard.

Even if the Ed Sheeran –X signature guitar is a bit pricey, it is worth every money spent.

There is a saying that my professor in school way back always reminds us – good things come in small packages. That is the case with the Ed Sheeran –X signature guitar.

With its small size, it is beautifully crafted with quality materials, and the sound produced is fantastic. You can easily take it from one place to another because of its portability.

The Ed Sheeran –X signature has good tonal assets inside of it. It will be great to use his for a concert or if you play while sitting on the couch.

I am impressed with this product because it is worth the money and deserves a personal rating of 5/5.

I will recommend it to anyone, no matter your mastery of the guitar. 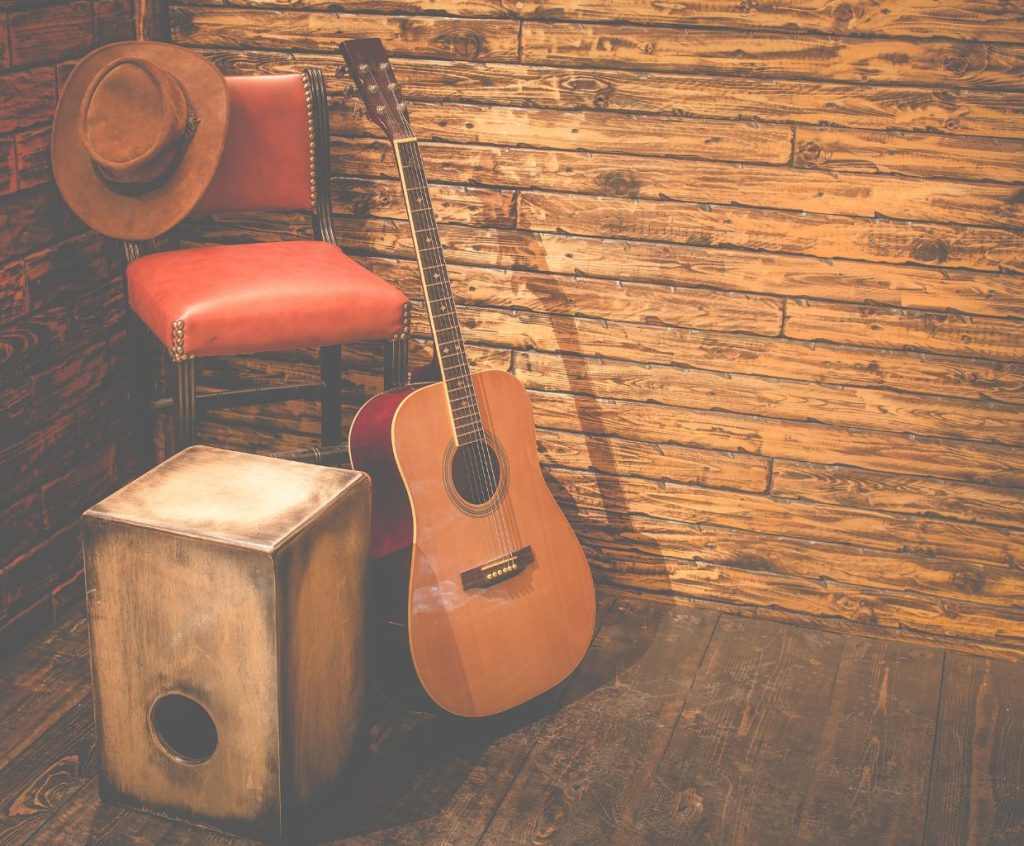 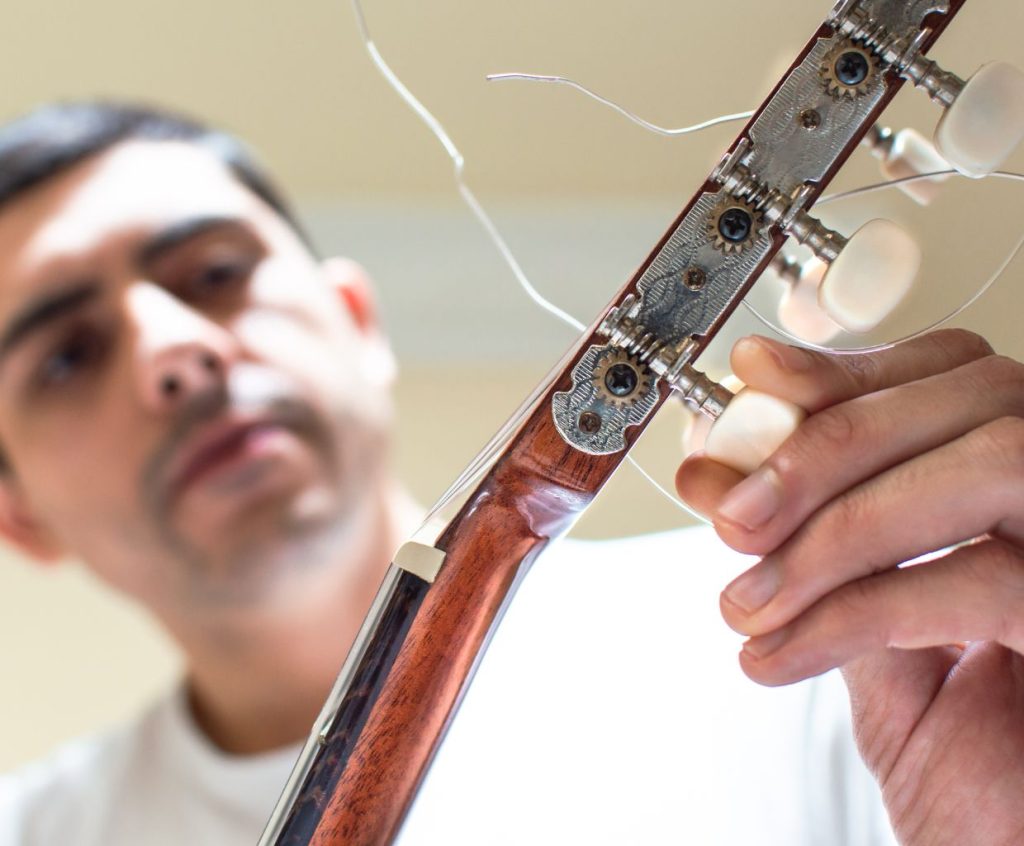