One of the significant benefits of learning guitar (besides the fact that it sounds fabulous) is that you don’t have to learn sheet music unless you want to. There are plenty of top guitarists out there who have never even looked at a piece of sheet music. It is baffling to them. Why? Because guitars benefit from something known as guitar tabs and chord boxes.

You can learn these as a beginner, and they are easy to understand. This page will look at how you can read the two.

As the name suggests, these will tell you how to play certain chords. I’ll be sure to show you a sample chord box. This is for the D chord, one of the first chords you are ever going to learn how to play when you pick up a guitar:

The line at the top will be the ‘end’ of the guitar by the nut. This isn’t always the case. A tiny number will dictate the playing position if you are meant to play slightly higher up the neck.

Right on the guitar’s nut (i.e., the top line), you will see either an X or an O. This will tell you the exact strings you need to play to get the sound. If there is an X, you do not play that string. If there is an O, you play it open (i.e., no finger there). You will play the string your fingers are pushed down upon.

Here is a chord chart of some of the most popular guitar chords. If you can nail these, then you are well on your way toward becoming an accomplished guitarist.

Nailing guitar chords are only half of the battle. As brilliant as they are, they don’t help you to punch out those gut-busting solos and those individual notes. This is where the guitar tab comes into play. If you are learning songs from the internet, then it is likely that they will be given in guitar tab form. Once again, the guitar tab will be straightforward to learn. Let’s start with a guitar tab sample.

This is the pentatonic scale in E minor. It is one of the essential scales that you can learn. You will notice it a lot (often in different keys) when you are learning the guitar. So, it would be best if you learned this. It is also simple to play, making it perfect for those learning tabs. It is worth noting that the sheet music will only sometimes appear above the tab. It very rarely is going to appear above the tab. It just does in our example.

When you are playing tab, you need to remember the following:

To wrap up this section, I want to show you how the D chord would look on the tab instead of a guitar chart.

When numbers appear in the same ‘chunk,’ you will simultaneously play all of those notes. The only downside to guitar tab, compared to chord charts, is that there is no accurate indication of which fingers go where on the fretboard. However, as you become more and more experienced as a player, your muscle memory will start to kick in. It will very much become second nature at that point!

Yamaha CG 122-MCH Classical Guitar Ultimate Review Yamaha is a world-famous brand, and its guitars have always been known for their sound. Established in 1877,… 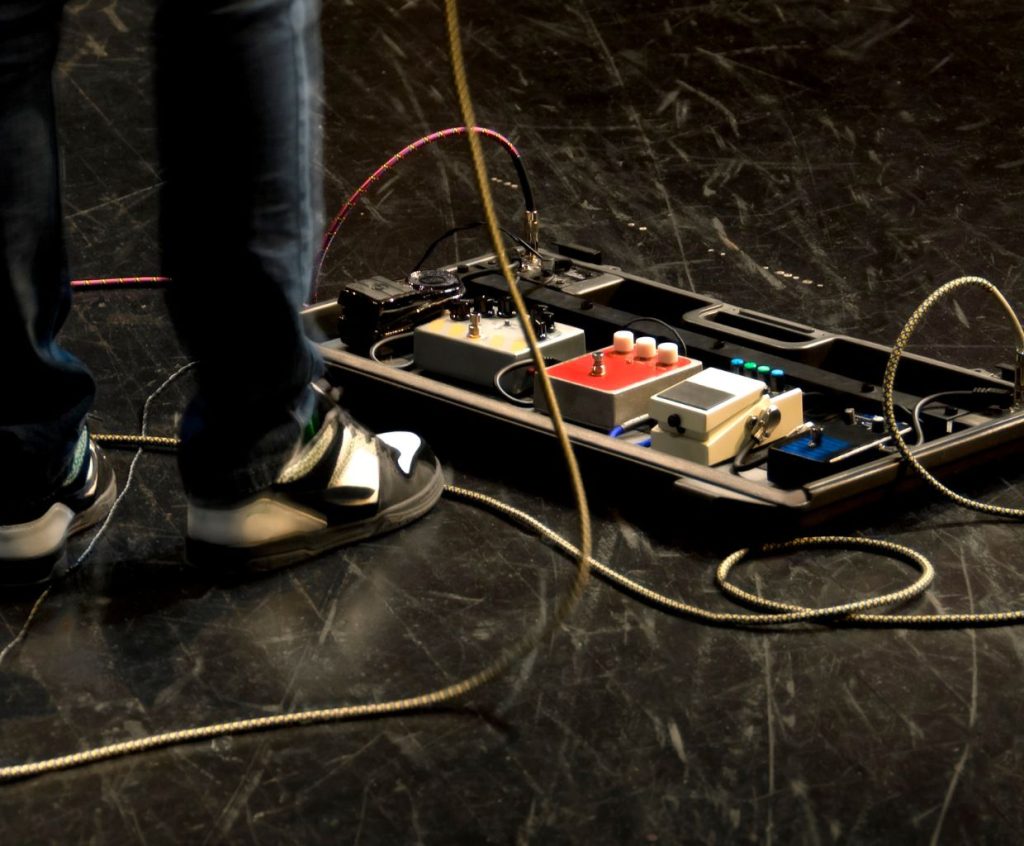 Best Guitar Pedal 2022 – The Complete Buyer’s Guide & Reviews If you have an electric guitar, sooner or later, you will start looking into…